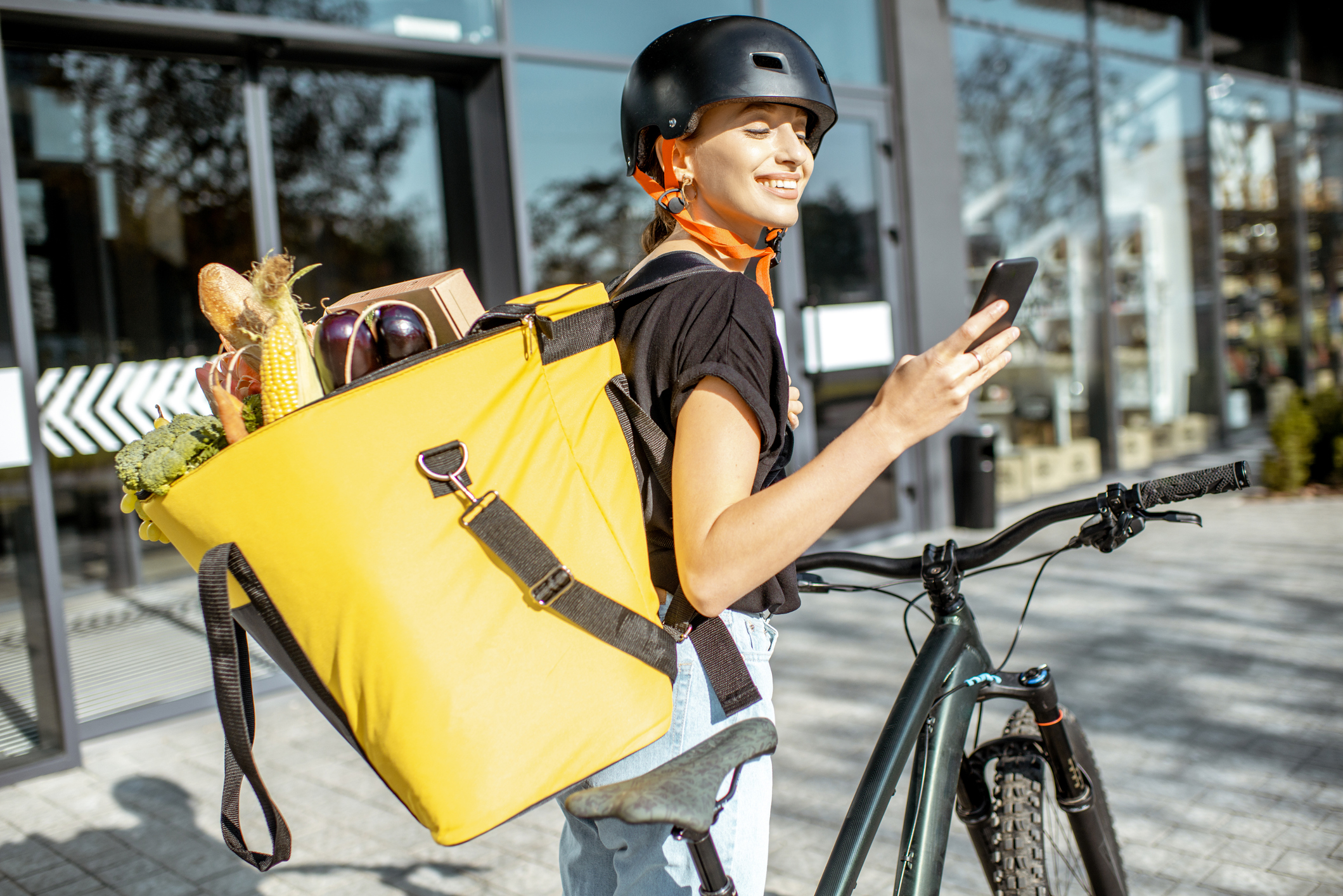 In recent months, upcoming stock splits in companies such as Amazon, Alphabet, and Shopify have driven significant interest in these tech giants. Indeed, the lower nominal prices could open these names to more small investors.

However, such news may obscure the growing opportunity in growth tech stocks, a type of investment that has experienced a massive sell-off over the last six months. Many of these companies offer solid growth prospects that could drive outsize returns over time despite the selling. Instead of buying shares that could soon split, investors may want to consider buying lower-priced stocks such as Twilio (TWLO -8.01%), HubSpot (HUBS 4.45%), and Palantir Technologies (PLTR -6.32%) while they are on sale.

Twilio: An incredible growth opportunity at a reasonable price

Brian Withers (Twilio): Twilio isn’t a household name, but you may have experienced its products and not even known it. It could have been an automated call reminding you of a medical appointment or a text updating you on your e-commerce shipment. Those communications were likely created by Twilio’s platform. As more companies look to engage with their customers digitally, you would think its stock would be an investor’s dream. But over the last three years, it’s been more of a nightmare.

Since April 2019 the stock is down a little over 10%. But the 36-month ride shareholders took was a wild one. The stock took off during the coronavirus pandemic and peaked in January 2021 at triple the April 2019 price. Ever since, the stock has been on a downward slide to where it is today. The stock’s high price was likely overly optimistic, but today, I think the stock is a bargain at 2019 prices. Let’s look at what’s happened over this period.

Three years ago, the company had just published its full-year 2018 results. The $650 million full-year revenue was a torrid 63% year-over-year gain, but it was losing money. Given its strong base of more than 60,000 customers and a massive $748 million in cash and investments, it had all the right ingredients to fund growth in the years ahead — and that’s exactly what happened.

In February, it published its 2021 results. The top line is now an amazing $2.84 billion and it’s still growing at a torrid pace. The company has been acquisitive the past few years, so the 61% year-over-year growth includes some revenue from acquisitions. Stripping out the impact of those acquisitions, organic top-line growth for 2021 is impressive at 42% year over year. Naysayers will point to the company’s increasing costs and declining operating income. This is something to watch, but as it integrates two recent large acquisitions, a $3.2 billion for Segment in November 2020 and $850 million for Zipwhip in July 2021, this should improve. Its cash position has significantly improved and its solid customer base has almost quadrupled. I’d say the company is in a much better position than it was three years ago.

Even with the impressive track record, growth investors are always looking to what’s ahead. The good news here is that management shared its outlook for solid future growth with investors. In its most recent earnings release, the company reiterated that it can grow at an organic rate of 30%-plus year over year for the next three years. That’s some impressive growth for a company currently valued at a 7.5 price-to-sales ratio.

With the stock trading around $120, it’s unlikely management will execute a stock split anytime soon. But investors don’t need that to profit. With 30%-plus revenue growth expected for the next few years and the opportunity for improved costs, the company is poised to produce great returns for shareholders. You would be wise to pick up a few shares of this growth stock today. In five or more years, you’ll probably be glad you did. 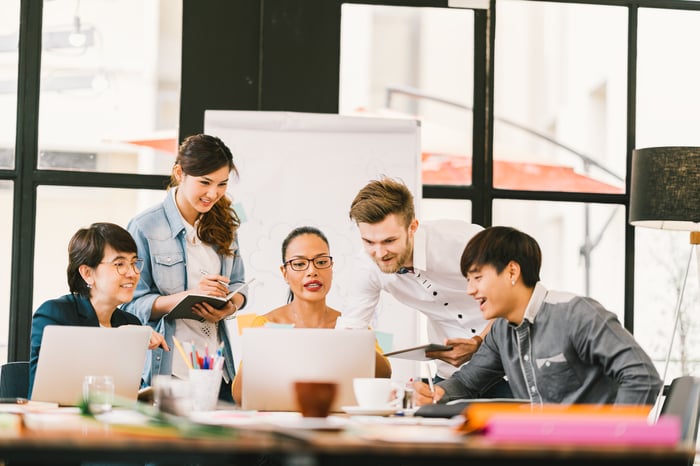 HubSpot: Marketing and so much more

Danny Vena (HubSpot): It wasn’t very long ago that HubSpot was the disruptive upstart in the inbound marketing industry. The software-as-a-service (SaaS) company helped popularize the concept of meeting customers where they live rather than chasing them down with traditional marketing. Since those early days, however, HubSpot has evolved into much more, offering an expanding suite of customer relationship management (CRM) tools, rivaling some of the biggest companies in the space.

That’s not to suggest that HubSpot has lost touch with its roots. The company is still a leader in helping customers connect with businesses through a combination of brand awareness, targeting social media, marketing automation, content marketing, blogs, search engine optimization, and events. By helping potential customers find their way to these businesses naturally, rather than beating them into submission, the company has carved out a lucrative niche for itself — but that’s just the beginning.

The company has continued to deliver solid growth, even as many technology companies have struggled. During the fourth quarter, HubSpot maintained its full-year revenue growth at 47%, while subscription revenue edged higher to 48%. At the same time, its adjusted operating income climbed 57%.

Its customer metrics are equally robust. HubSpot grew its total customer base to more than 135,000, up 30% year over year, while the average subscription revenue per customer climbed 11%. This is just a drop in the bucket to its target market of more than 3 million small to medium-sized businesses with a website.

Perhaps more importantly, HubSpot has consistently added to its total addressable market, which clocks in at roughly $87 billion, according to recent estimates. With 2021 revenue of $1.3 billion, the company currently serves about 1.5% of its market opportunity, leaving a long runway for growth ahead.

Given the pace at which the company is evolving and the large and growing market opportunity, HubSpot is a top growth stock to buy right now. 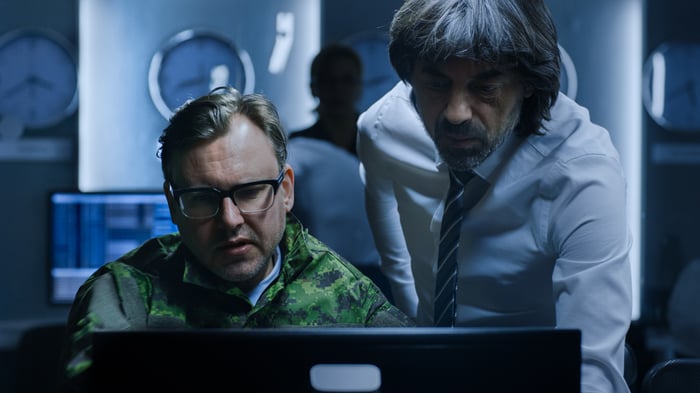 Will Healy (Palantir): Palantir may look like just another analysis tool at first glance, but it offers a key competitive advantage not found in other data tools — its ability to recommend decisions. That separates it from a Snowflake, which stores data, or an Alteryx, which arranges data.

Palantir’s capabilities emanate from its Apollo operating system that powers both of its main products. Its original product, Gotham, makes decisions in national defense and law enforcement. It received a lot of notoriety for its role in finding Osama bin Laden. As geopolitical tensions rise across the world, such capabilities could become even more critical.

Later, the company introduced Foundry. Palantir designed Foundry for use in the marketplace, applying Apollo’s decision-making capabilities to the business realm. This could become the company’s growth driver over time as the number of businesses far outpaces the number of governments that would pay for Gotham.

Additionally, it just unveiled products that will enhance software deployment and workability in products ranging from hybrid clouds to data centers to drones and satellites. This should enhance net dollar retention, the amount of recurring revenue it can retain from customers. In 2021, net dollar retention came in at 131%, meaning the average customer spent 31% more with Palantir compared with the prior year.

Apollo’s applications made it possible for 2021 revenue to grow to more than $1.5 billion, 41% higher than 2020 levels. Moreover, it reduced operating costs in 2020, allowing losses to fall to $520 million, down from nearly $1.2 billion in 2020. Additionally, the company projects annual revenue growth of at least 30% per year through 2025. If it meets that goal, the profit picture should improve.

Despite improvements, shareholders have experienced a rough ride over the last 15 months. The stock has dropped by approximately 75% from its record high in January 2021. Still, its price-to-sales (P/S) ratio has fallen to 14, down from over 40 in early 2021. In the end, a less secure world and the need for decision evaluation in the business realm should leave Palantir stock poised for a comeback.