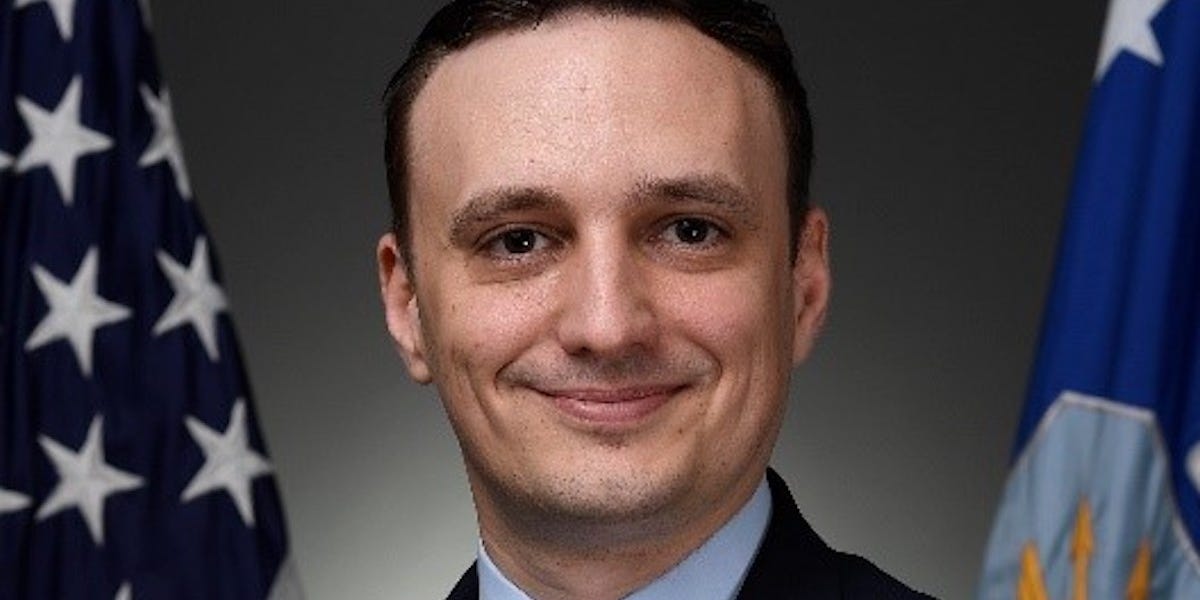 A senior cybersecurity official at the Pentagon said he quit because he thought it was impossible for the US to compete with China on AI.

Nicolas Chaillan joined the US Air Force as its first chief software officer in August 2018. He worked to equip it and the Pentagon with the most secure and advanced software available.

But Chaillan quit on September 2. In his departing LinkedIn post, he cited the Pentagon’s reluctance to make cybersecurity and AI a priority as a reason for his resignation.

Speaking to the Financial Times in his first interview since leaving, Chaillan said China was far ahead of the US.

“We have no competing fighting chance against China in fifteen to twenty years. Right now, it’s already a done deal; it is already over in my opinion,” he said.

Chaillan went on to say that the AI capabilities and cyber defenses of some government departments were at “kindergarten level,” the FT said.

In April 2020, the US Treasury, Department of Homeland Security, State Department, and Department of Defense were compromised in the SolarWinds hack. Hackers were able to spy on the digital activities of staff and access some of their emails.

Chaillan also told the FT that US national security was being compromised by Google’s refusal to work with the Pentagon on AI.

Google stopped working with the Pentagon in 2018 after 12 employees quit over a project where Google helped the Pentagon make software that could improve the accuracy of drone strikes.

In China, Chaillan said, private cyber and AI companies were at Beijing’s beck and call.

China is aiming to becoming the leading AI superpower by 2030, and a March report from the National Security Commission on Artificial Intelligence said the US was “not prepared to defend the United States in the coming artificial intelligence (AI) era.”

Chaillan said it didn’t matter whether the US spent three times as much as China on defense because it was being allocated to the wrong areas, the FT reported.

In the LinkedIn post announcing his departure, Chaillan said he was frustrated with the Pentagon’s reluctance to commit to cybersecurity.

“I am just tired of continuously chasing support and money to do my job. My office still has no billet and no funding, this year and the next,” he wrote.

Chaillan told the FT that he planned to testify to Congress about the threat posed by China.

The Pentagon did not immediately respond to Insider’s request for comment.