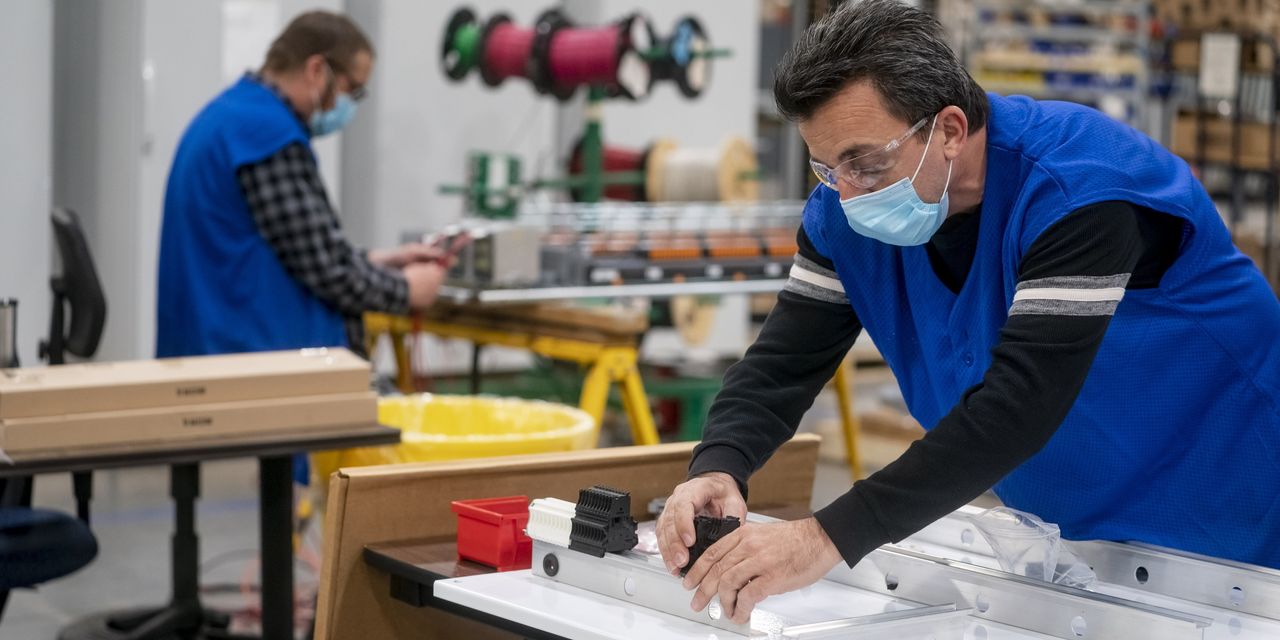 The cash-and-stock transaction would value AspenTech, as the company is known, at around $160 a share, officials from the companies said. AspenTech’s shareholders would receive $87 and 0.42 share of the combined company for each share they currently own. The transaction is expected to be announced Monday.

The combined company’s offerings would be used by clients to do everything from designing industrial systems to running, repairing and analyzing them. Companies ranging from oil drillers to life-sciences startups are pouring billions of dollars into software to increase efficiency, providing Emerson and other established industrial concerns new avenues for growth.

Bedford, Mass.-based AspenTech makes software for companies in industries including chemicals, mining and energy streamline engineering and maintenance processes. It had roughly $700 million of revenue for its fiscal year, ended in June.

Emerson, a larger industrial conglomerate, is based in St. Louis. It makes products ranging from Ridgid pipe wrenches to software for power plants and has a market value of around $58 billion following a sharp rise in the stock since early last year.

Major news in the world of deals and deal-makers.

The deal involves two small businesses from Emerson’s automation unit, which makes software and systems for manufacturers, oil producers and utilities and accounted for about two-thirds of the company’s revenue last year. The businesses are OSI Inc., which Emerson purchased last year for $1.6 billion, and Geological Simulation Software. They account for roughly $300 million of the automation segment’s roughly $12 billion in annual revenue.

Emerson, which is also contributing roughly $6 billion in cash as part of the deal, would own 55% of the new entity on a fully diluted basis. AspenTech shareholders would own the rest.

The price represents a 27% premium to AspenTech’s closing share price before Bloomberg reported last week that the two companies were in talks. AspenTech shares closed at $141.55 Friday.

The new entity would retain AspenTech’s name and be led by its chief executive,

The companies have had a commercial partnership since 2018. Mr. Pietri and Emerson CEO

said in interviews they sketched out the deal over an Italian dinner in Boston’s North End in July, concluding in part that a combined company could be better positioned for further acquisitions.

“We believe there are ample opportunities for us as an industrial, and a significant software business, to truly expand into other areas,” Mr. Karsanbhai said.

who retired earlier this year after 21 years leading the company and guiding it through the early days of the coronavirus pandemic.

Emerson’s remaining business would include the rest of its automation division as well as climate controls, such as heating- and air-conditioning equipment, and tools and home products like thermostats and garbage disposals.

Industrial companies have provided a steady stream of deals over the past decade as they reconfigure themselves to suit evolving technology and investors’ preference for narrowly focused companies. Sprawling conglomerates such as

have been remaking themselves and looking at bigger pushes into technology.

In a move similar to Emerson’s, rival Schneider Electric SE in 2018 merged its industrial-software business with Aveva Group PLC in a roughly $4 billion deal.

It is a boom time for mergers in general, as companies with surging stocks and ample cash look for deals that will boost growth and profitability. In the U.S., companies have struck more than $2 trillion of takeover deals so far in 2021, more than double the year-earlier pace, according to Dealogic.