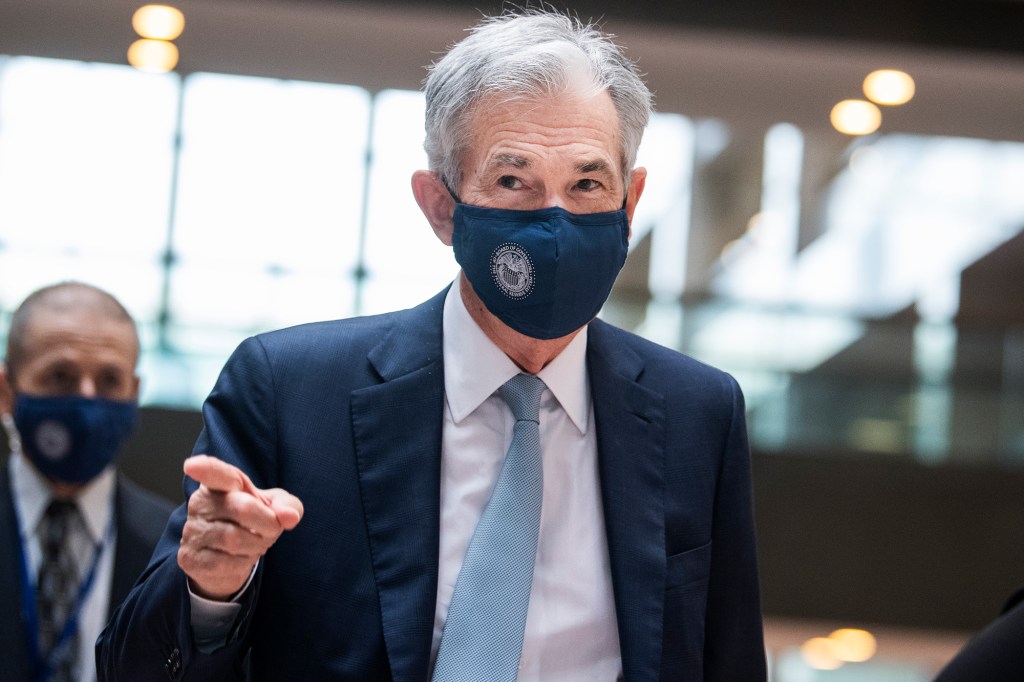 Federal Reserve Chairman Jerome Powell sold between $1 million and $5 million in stocks at the beginning of October 2020 — a month that turned out to be the worst for Wall Street since the beginning of the COVID-19 pandemic.

The transaction, which is noted on a public disclosure form Powell signed off on in May and was first reported Monday by The American Prospect, is an uncomfortable echo of activities that led to the recent resignations of two regional leaders of America’s central bank.

The disclosure form indicates that Powell sold the Vanguard Total Stock Market Index Fund shares on Oct. 1, 2020. Ten days earlier, a separate sale of shares from the same fund netted the Fed chair between $50,000 and $100,000.

As Powell played the market, he was calling on Congress to pass a second COVID-19 relief bill even as negotiations between lawmakers and the Trump administration were in a stalemate. The American Prospect, citing Powell’s public schedule, reported that he had spoken with then-Treasury Secretary Steven Mnuchin four times on Oct. 1, as well as with House Speaker Nancy Pelosi (D-Calif.).

The next day, then-President Donald Trump announced that he had tested positive for COVID-19. Hours later, the commander-in-chief was helicoptered to Walter Reed National Military Medical Center, where he spent that weekend.

On Tuesday, Oct. 6, one day after Trump returned to the White House from the hospital, he publicly rejected Pelosi’s stimulus proposal and announced that he would not discuss the matter until after the following month’s presidential election.

The Dow Jones Industrial Average closed down more than 441 points that day, setting a grim tone for the month. When the closing bell rang on Friday, Oct. 30, the Dow was down more than 1,400 points from its opening level for Oct. 1, though it had made up its losses by mid-November.

In the end, a second COVID relief package was not enacted until late December.

Late last month, the presidents of the Federal Reserve banks in Boston and Dallas announced they would step down after financial disclosures revealed extensive stock trading in 2020, when the Fed was spending trillions of dollars stabilizing financial markets and boosting the economy.

Though the investments by Boston bank chief Eric Rosengren and Dallas Fed President Robert Kaplan were permitted under the Fed’s rules, they raised at least the appearance of conflicts of interest, which Fed policy discourages. Powell has said that the Fed would change its ethics policies in the wake of the disclosures.

Separately, Bloomberg News reported on Oct. 1 of this year that Federal Reserve Vice Chairman Richard Clarida had moved between $1 million and $5 million out of one mutual fund and into two other funds on Feb. 27, 2020, the day before Powell signaled a potential interest rate cut due to the pandemic.

The disclosures have drawn the ire of Sen. Elizabeth Warren (D-Mass.), who wrote to the head of the Securities and Exchange Commission (SEC) earlier this month to ask for an investigation into whether Rosengren, Kaplan or Clerida had violated insider trading rules. In a Senate floor speech Oct. 5, Warren called out Powell and said he had “failed as a leader.”

However, other lawmakers have lined up behind Powell as President Biden nears a decision about whether to nominate him for a second four-year term that would begin in February. Fox Business Network reported Monday that at least eight Republican senators have said they would vote to confirm Powell for a second term.

The Federal Reserve did not respond to requests for comment about Powell’s transactions.