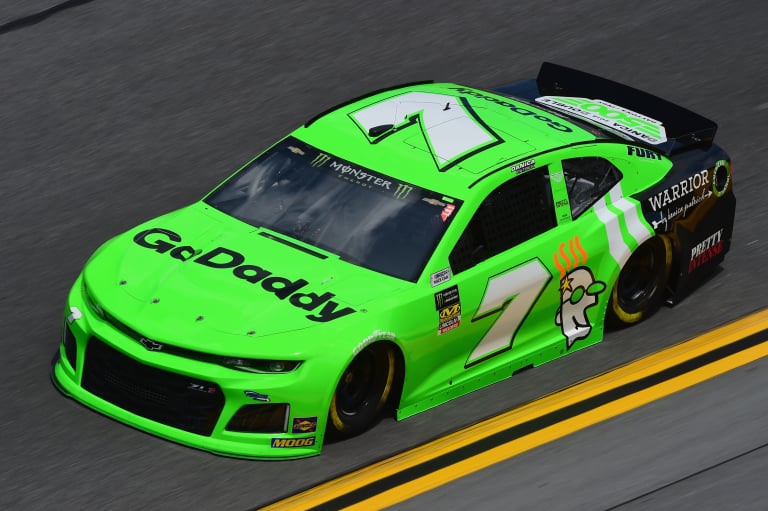 Lyne St. James on racing driver Danica Patrick, “Why did you do this?”

Lyn St. James ran her racing career well before the MeToo movement. She spent five years at the Indycar level but also ran many SportsCar events in a male dominated arena.

She’s one of just nine women to qualify for the Indy 500. She’s won the Rolex 24 at Daytona, twice.

In most situations, she was the only female in the room. But, she could quickly spot the men who understood her position…

“I would find out if the men I was talking to had daughters,” Lyn St. James told Autoweek.

“I knew if they had daughters, that there was at least a chance that I would get a fair discussion. I’ve heard wonderful stories from the decision-makers, 98 percent of whom are male, whether it was about their grandmother or their wife or whatever, they had women in their lives who were important to them and had frustrating experiences because they were women.”

“That would change the listening ability of the people I was in dialogue with.”

Sponsorship has always been a major hurdle in motorsports. St. James feels it’s easier for a man to attract the sponsorship dollars.

“Come on, guys, if you really want diversity in our sport and you want to grow our sport, then you have to change the business model,” St. James said. “If it’s always going to cost this much money to do it, more people are going to try it and leave it because they can’t afford to stay in it.”

St. James had the option to sell her body in the name of sponsorship. She elected not to do so…

“When I got JCPenney as a sponsor, I think we were in year two of that contract when I expanded it to six races instead of just the 500. The company that came onboard with them was a swimsuit company,” she explained.

In 2005, she was running Indycar at the age of 23. However, the sponsorship funds were dwindling.

Soon after, she did a sexy photoshoot with FMH and became a Go-Daddy ambassador.

Racy GoDaddy commercial soon followed. In most cases, Patrick sported a leather jacket, fully covering her body. But, the other actors in the commercials wore far less clothing than the racing driver.

St. James stated the move to GoDaddy likely extended her career. But, she noted it likely led to similar positions for other women to do the same.

Patrick has a much different outlook on being a woman in a male dominated sport. She say it as a marketing advantage, making it easier to stand out.

Danica Patrick noted to Innovation and Tech that bullying or sexism wasn’t a thing for her, “That’s such a common question, especially being a girl in a guy’s sport, but that is not what happened.”

“Look, if someone is pinning me down for something that I’ve done that they don’t agree with, it’s like yeah, okay. But they’re also talking about me when I finish fourth, and you know what, they’re not talking about the guys when they finish fourth.”

“You can’t go off and criticize the bad, because it seems like they’re coming at you because of your gender or something like that, because then there are other things that are happening because of [of your gender] that are great.”

Patrick added, “I’ve always chosen to focus on the good that came with it, and not the bad, and I think it’s given me a really good non-victim mentality. Playing the victim is like an epidemic, and it’s hindering progress. There is really nothing good that comes from it.”

Patrick spent 7 years in the NASCAR Cup Series. These days, Danica Patrick has retired from racing. She hosts a podcast titled ‘Pretty Intense’.