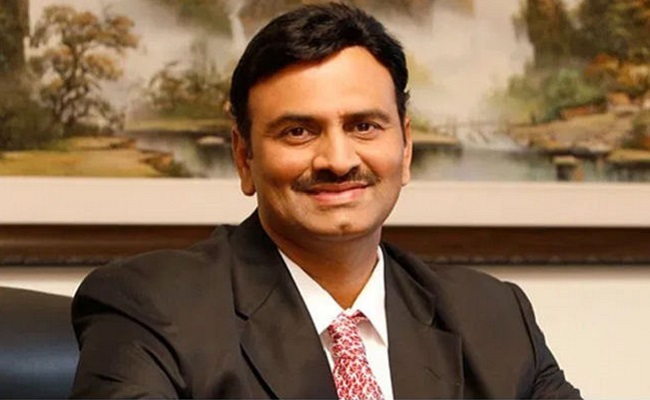 After a brief lull, the YSR Congress party once again started gunning for the head of its rebel MP from Narasapuram parliamentary constituency K Raghurama Krishnam Raju by intensifying its efforts to fix him in the financial fraud case.

On Saturday, the YSRC disclosed a letter written by the Reserve Bank of India to party general secretary V Vijay Sai Reddy on October 8 stating that it would take appropriate action in connection with the “massive financial fraud” by M/S Ind-Barath Thermal Power Limited and related companies.

In the letter written to Sai Reddy, RBI chief general manager Jayasree Gopalan referred to the complaint made by the latter to Union finance minister Nirmala Sitaraman on July 21.

He pointed out that the alleged swindling of public money by Raju’s company and the inaction by the Central Bureau of Investigation (CBI) led to the distrust of people on institutions.

The RBI official said the various concerns highlighted in the letter are under examination and appropriate action would be initiated against supervised entities for non-adherence of extant guidelines, if any.

The CBI in March registered a case against Raghurama Raju for allegedly duping a consortium of banks of Rs 237.84 crore by producing forged documents between 2012 and 2017.

The case was registered under Section 120 (b)(criminal conspiracy), 420 (cheating), 467 (forgery of documents), 468 (forgery of electronic record) and 471 (using forged documents for criminal purposes) of the Indian Penal Code, following a complaint lodged by State Bank of India, Chennai.

Apart from Raju, his company Ind Barath Power Gencom Ltd and six other directors of the company were also booked in the case.

The corporate office of the company is based in Hyderabad and the plant is located in Toothukudi, Tamil Nadu.

The fraud came to light during the forensic audit conducted by an audit firm at the request of the consortium of banks.

The FIR said Ind Barath Power Gencom Ltd, a power plant, was set by the MP and others at Tuticorin in Tamil Nadu, with a capacity of 189 MW.

The company commenced its commercial operations in January 2010 but was shut down in May 2017.

The company’s account in the consortium of banks turned into a non-performing asset (NPA) on May 28, 2017.