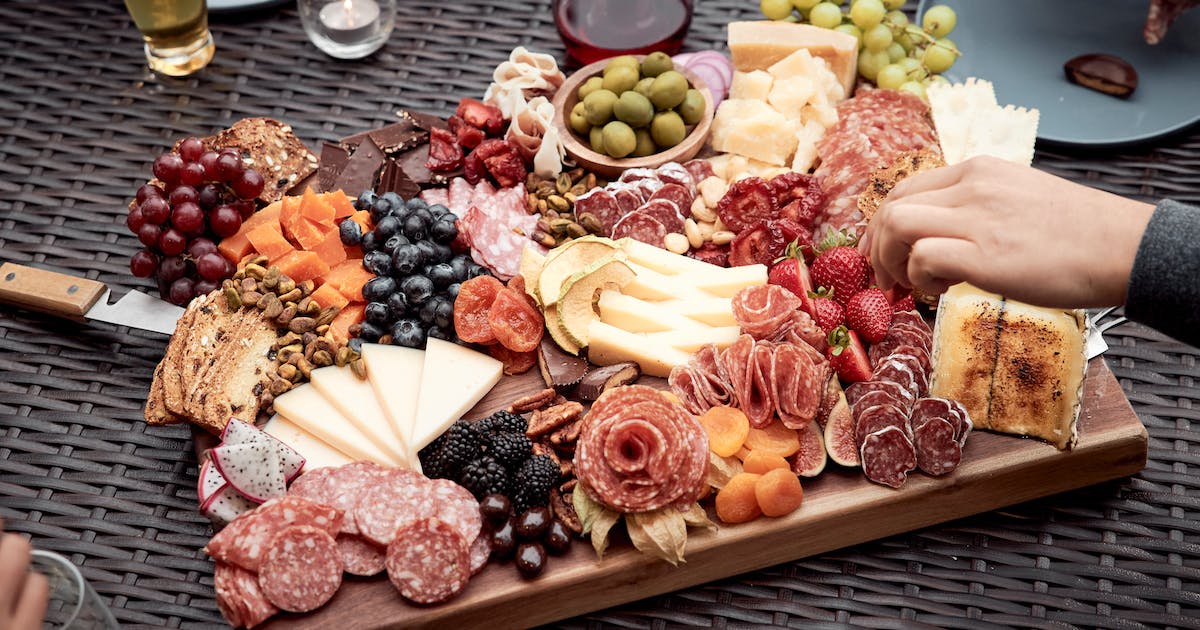 The catch-all term for meat and cheese boards has become a food phenomenon that has seen its star rise even faster during the pandemic, delivering great results for Minnesota companies like Hormel Foods.

“The convenience factor is one of the key things — it looks beautiful and it’s actually easy to assemble,” said Evan Inada, the charcuterie and partnerships director at Hormel-owned Columbus Craft Meats. “With new interest around charcuterie, it’s going to continue to grow.”

Austin, Minn.-based Hormel made a big bet on charcuterie in 2017 when it bought Columbus for $850 million. The trend has only exploded since then, with Google searches for charcuterie skyrocketing and Instagram posts of platters proliferating.

Hormel recently spent another $140 million on charcuterie, opening a plant in Omaha last year that produces salami and dry sausage. Sales of the company’s deli products, which include Columbus and Hormel Gatherings party trays, were up 16% over pre-pandemic levels as of this summer.

Since 2017, packaged charcuterie sales have grown faster than meat sales overall, according to Midan Marketing, and sales nearly doubled in the early months of the pandemic compared to 2019.

For retailers like France 44 Cheese and Meat Shop, the board boom has brought new customers looking to level-up their home cooking.

“It’s so busy, and the pandemic has really made a business like ours a lot shinier because people are eating at home more,” said Benjamin Roberts, the shop’s cheesemonger-in-chief, as he calls himself. “It’s a great affordable luxury, a really easy dinner and it can feel a little bit special. There isn’t a right or wrong way to do it.”

Inada of Hormel said that’s where the charcuterie trend has lasting power for businesses to latch onto.

“There’s a versatility that other food trends don’t have.”

A nation of grazers

Supermarket chain Aldi jumped on the charcuterie bandwagon this fall by enlisting a “charcuterie board of directors,” a group of experts and influencers aimed at cutting through the many choices shoppers face when putting together a board. Aldi stores also started adding “charcuterie board must-have” product labels on shelves.

“The conventional appetizer spreads are being re-imagined as creative grazing platters for all occasions and seasons,” the company said in a news release.

Research from Midan Marketing earlier this year showed nearly a third of consumers who make charcuterie boards at home do so for a snack or a dinner rather than a spread for entertaining guests.

“Consumers have excitedly adopted charcuterie, and more than a quarter are creating boards at home at least once per month,” the meat industry consultancy wrote this spring.

Hormel has been keen to capture America’s increased interest in “grazing” and snacking, which was made clear by its $3.3 billion purchase of Planters earlier this year.

“One of the beauties of the Columbus Craft Meats acquisition was it got us into a very on-trend category, and that’s charcuterie,” Hormel’s vice president of deli, Jeff Baker, said in an investor presentation last month. “It’s our job to try to help the customers, our retailers, make their [displays] look like it’s very approachable.”

The term “charcuterie” originated in France in the 15th century to signify a style of meat preparation that focused on using all parts of the animal. Today it more commonly refers to salumi — or cured meats — like salami, prosciutto and soppressata, to name a few.

“It has existed for centuries, but America was a little slower to get there because people were a little intimidated by what salumi was,” Inada said, which is why the company markets some products to beginners. “If you look at our charcuterie tasting board, all you have to do is peel off the plastic top.”

Getting those photo-worthy spreads together takes more skill both in knowing what to buy and how to assemble it all.

Kelsey Basset has made a part-time job out of styling boards with her Hudson, Wis.-area business, the Board Loon.

“I really like the teaching aspect of it,” said Basset, who is going from making and selling fully loaded charcuterie boards to predominantly holding workshops to teach people how to do it themselves.

“I’m just trying to pass the torch to others,” she said. “It’s edible art, and I think that’s why it gained so much popularity.”

Inada has hosted live charcuterie lessons on Facebook but says the best way to learn is to try: “It’s hard to teach someone to ride a bike without them riding the bike.”

The idea is that empowering customers with knowledge — and the payoff of an eye-catching board — means they’ll keep restocking the grazing table.

“We’re educating shoppers as they eat,” Inada said. “We’ve really seen sales grow when we inspire with education and promotion.”